Here is a ZFS patch which improves performance for workloads which need as much as (meta)data as possible in L2ARC.
I wrote it thinking about file servers which have no such "prefered" data and then need to be as fast as possible with all their metadata.

This patch modifies ZFS so that when it has to evict buffers from ARC, it first chooses buffers which are already in L2ARC.
In the best case, (meta)data is then loaded only once from disks, next times from L2ARC, which is what we want with this patch.

Here are some benchmarks using the following find loop :
for i in `seq 1 10`
do
ls -1 /zpool/ | while read dataset
do
time find /zpool/$dataset >/dev/null
done
done

Results :
We can see below that with the patch, ZFS is at its best as soon as it accesses the (meta)data for the second time (run 2), keeping the performance sustained over the time.

Patch :
See PR in the next message.

Results (the hosted results' picture from the original post above expired) : 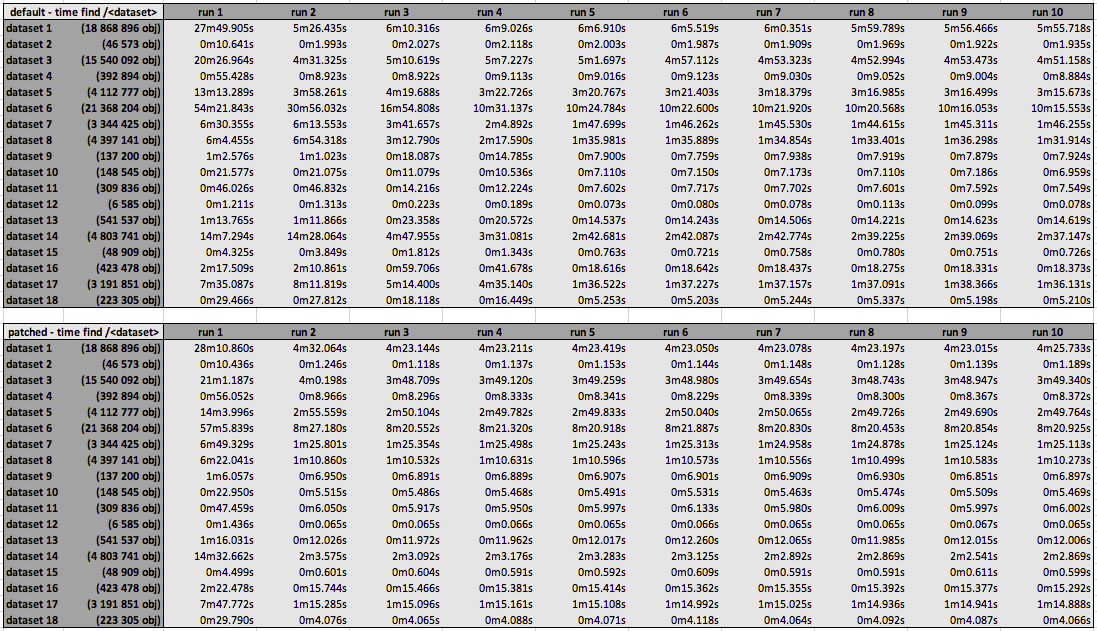