Added by Alexander Motin almost 2 years ago. Updated over 1 year ago.

Testing freshly updated FreeBSD I found that speculative prefetcher does not work for new pools, that never experienced device removal.
Closer look shown that for such pools spa_remove_init() never sets the spa_indirect_vdevs_loaded, while completes successfully.

Updated by Kody Kantor over 1 year ago

The analysis is a little light here. I was debugging slow sequential read activity on a SmartOS machine that was running an older image without this fix. I ended up finding this bug and seeing that it was already fixed in more recent illumos-joyent builds.

The full analysis can be found here: https://smartos.org/bugview/OS-7374 . It looks like the image at the end of the issue isn't displaying in bugview, so I'll include it here as well. 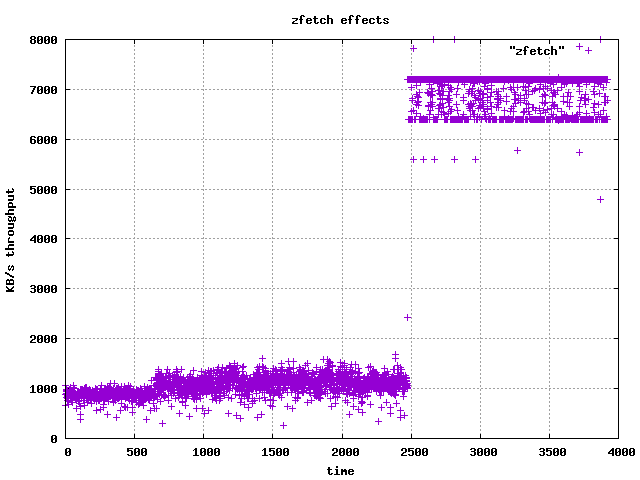 Thanks for finding and fixing this!